The linocut depicts an open canvas-covered boat similar to the curraghs found on the west coast of Ireland, except that this one has a pointed stern. Inside the hull two beehive cells similar in shape to the stone-built ones found in seventh-century Irish monastic enclosures provide shelter for the crew. The boat is imagined as the Ark, with a short mast and boom. Mr Noah leans out of the boat to greet the returning dove. On the horizon, above the waves, is a headland with a cave, and a lighthouse. 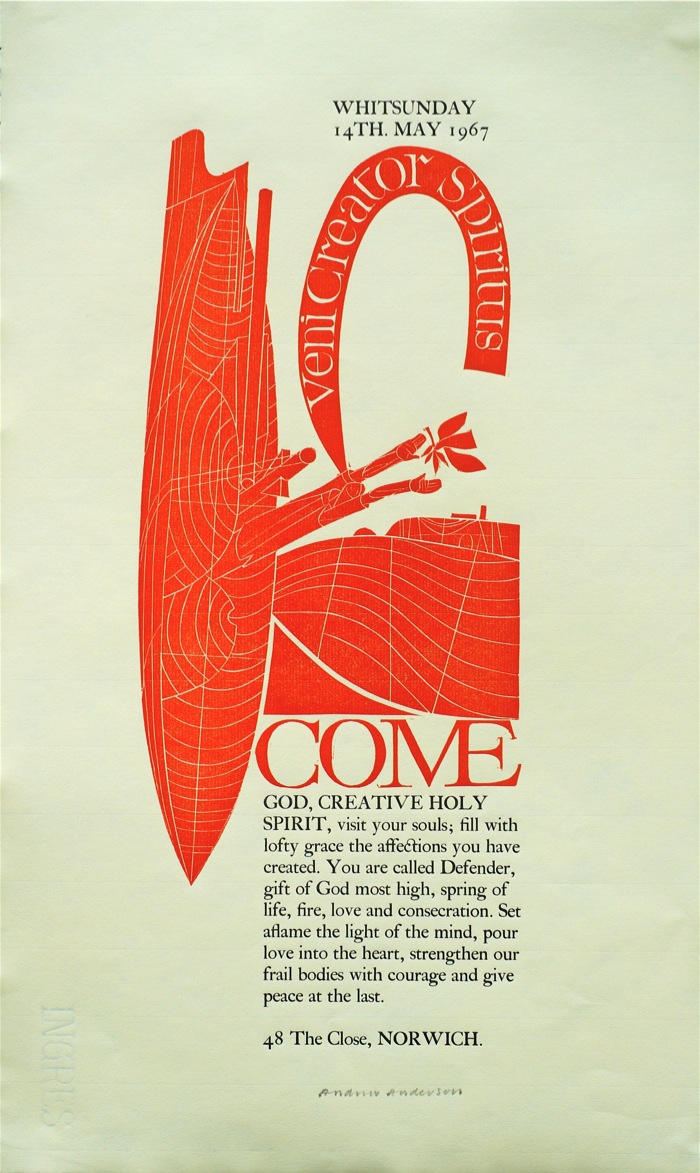