An early linocut dating from the late 1950s, largely cut with a knife. It depicts the Civitas Dei – the City of God – inside the walls of the first-century BC Roman amphitheatre at Arles in southern France which, in the fifth century, became a town containing over 200 houses and two chapels. Gates at the four quarters bear the names of the Evangelists. Inside the walls houses bear the names of prominent figures in the history of the Church and in the centuries preceding its foundation, mixed with references to the City of God in early biblical literature and in the vision of St John the Divine.

The text consists, on the left, of verses from the Book of Psalms and, on the right, the first and last verses of Martin Luther’s hymn Ein’ feste Burg is unser Gott ̶ A safe stronghold our God is still – written in 1529. 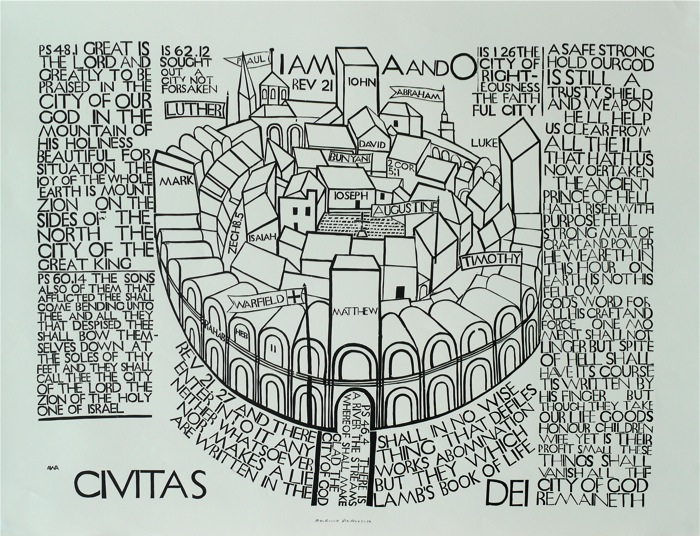