RISE UP MY LOVE

An early knife-cut celebrating the arrival of Spring, dating from about 1959. A smartly dressed youth leads his lover by the hand from a house, across the lawn and under an apple tree, towards fields bathed in the light of the rising sun and crescent moon.

The text is from the collection of second century BC love poems in the Old Testament known variously as “The Song of Solomon”, “The Song of Songs”, and “The Canticles”. They were a favourite of Eric Gill’s whose four-act play and wood-engravings titled The Song of Songs called by many the Canticles of Canticles were printed in an edition of 750 copies by Robert Gibbings at the Golden Cockerell Press in 1925. In a preface Gill writes of “the simplicity of the rustic lover, a bundle of myrrh exhaling the fragrance of the countryside, faithful through all to his one true love.” 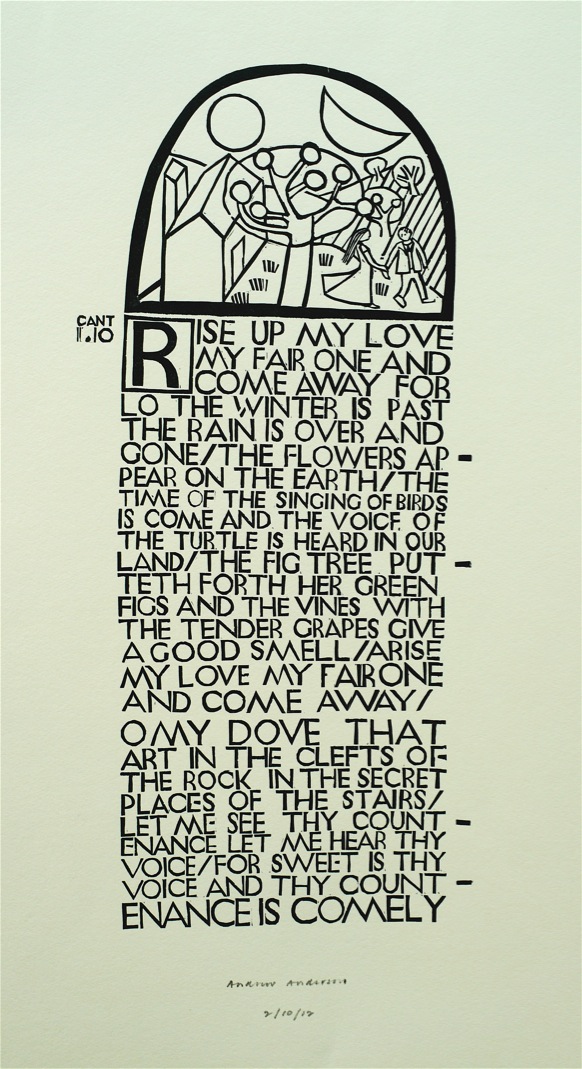