I HAVE COMPARED THEE

The first of a group of linocuts that originated as wedding presents for friends, dating from 1959. It depicts a mediaeval house, the main wing and chimney completed and the remainder under construction. In the part that is finished the married couple can be seen through the bedroom window in each other’s arms – an image taken from a wood-engraving in Gill’s Song of Songs. Scaffolding and a ladder stand against the wall of the roofless section, under which are buckets and a hammer and nails. Low down to the left of the door is a bench mark. Behind the house is a courtyard.

The text consists of verses from the first chapter of the Song of Songs, recited by the lovers antiphonally. 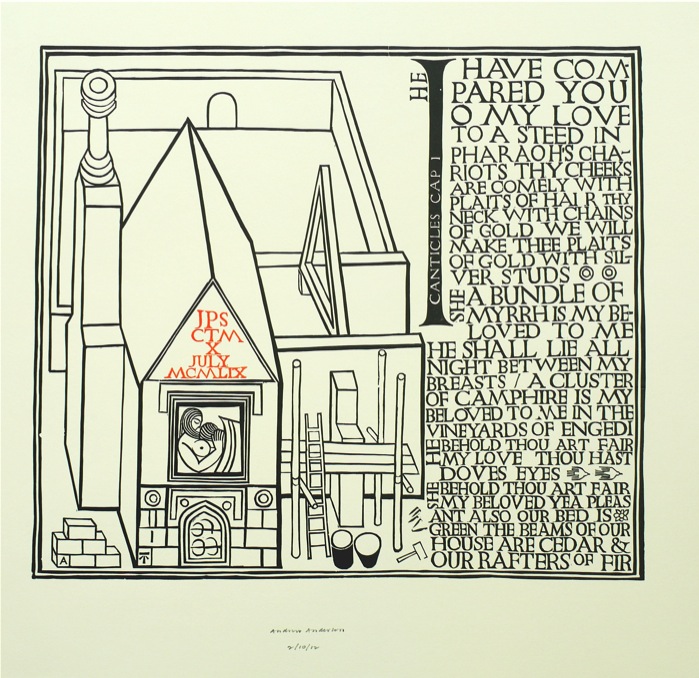