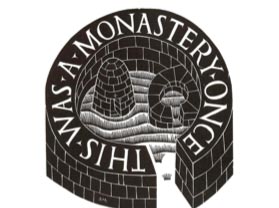 Enclosures: Times and Places is a book displaying twenty-five wood-engravings by Andrew Anderson, who has written a brief introduction. Dr Alan Powers has contributed a foreword. The images have been printed from the original blocks in almost all cases, line blocks being used when the original no longer survives. The type employed is Eric Gill’s Perpetua, the paper is Zerkall mould-made, and the format is 56pp., (255mm x 180mm (10ins x 7ins).

A VISION OF ORDER

 A Vision of Order is a collection of thirty-five linocuts, printed and published by John Randle at the Whittington Press (www.whittingtonpress.com) in 2011 with an introduction and a commentary on the images by the artist. 610 mm x 420 mm (2 ft x 1 ft 4 ins), 64pp., set in 22-point Caslon and printed on a heavyweight Zerkall mould-made paper.

The linocuts are printed on Zerkall Ingres paper and tipped in, in an edition of 185 copies, 150 quarter-bound in buckram and printed paper sides, in a slipcase. Thirty-five copies are similarly bound, with a portfolio of a selection of the prints, including The Rock of Cashel, nine sheets joined together to form an image measuring 1.380m x 910mm (4ft 6ins x 3ft), in a solander box with gold-backed leather spine.

The editions are out of print at present.